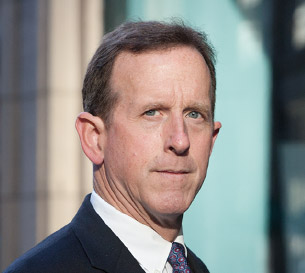 John Cline graduated magna cum laude from the University of Texas Law School, where he was editor-in-chief of the Texas Law Review. After graduation, he served as a law clerk to the Honorable Homer Thornberry of the United States Court of Appeals for the Fifth Circuit. John began practice at Williams & Connolly in Washington, D.C., where he became a partner in 1994. Following a move to New Mexico, John became a shareholder at Freedman Boyd Daniels Hollander Goldberg & Cline in 1997. He joined Jones Day as a partner in San Francisco in 2004 and left in 2010 to form the Law Office of John D. Cline.

John is a Fellow of the American College of Trial Lawyers; he has been included as a Northern California Superlawyer since 2005; he has been listed in Best Lawyers in America for many years; he is listed in Chambers USA; and he has appeared on a variety of other "best lawyer" lists. He has an AV rating from Martindale-Hubbell. John serves on the Board of Directors of the Due Process Institute.